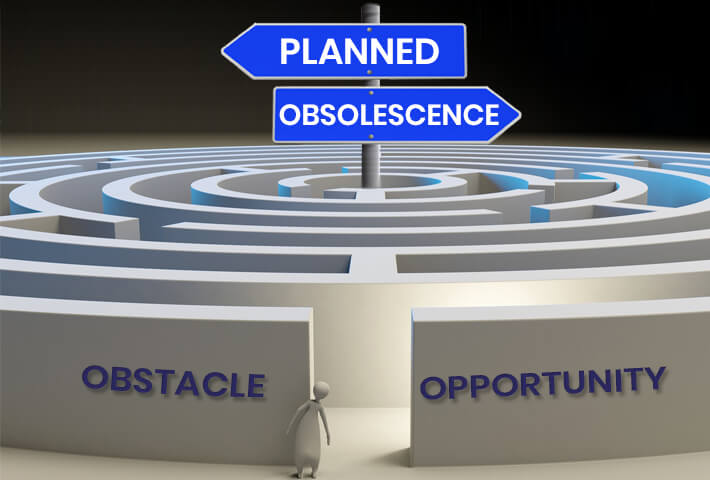 Posted on 11 Jun in Knowledge Base by Team Veracity

‘Is planned obsolescence taking a toll on our environment. Understand its relevance and collaborate with electronic liquidators to turn an obstacle into opportunity’

Just yesterday, a new smartphone with advanced technology, upgraded software, and trendy looks was launched in the market. You have already planned to buy that smartphone because your old phone is now outdated. Or perhaps some parts of your old phone like jack plug or USB port is not compatible with your recently purchased laptop. Probably you switched to a new laptop because the old one had a software system which was no longer useful. These unpredictable situations that make us feel that our electronic assets are now obsolete are deliberately made to happen by a policy followed by manufacturers called ‘planned obsolescence’.

Is Planned Obsolescence A Marketing Trick Deployed By Companies?

Planned obsolescence is over a century old strategy that came into being mostly to uplift the economy of cities from depression. Different ways may include the use of less durable raw materials in manufacturing to make the product run for a limited lifespan. Or it may also include discontinuation of supply of spare parts needed to repair the product. Sometimes it might also result in lack of proper customer support and reduction of services related to old electronic gadgets. Following this, the manufactures also release products with better version and features which urges the customer to find its old product displeasing.

To understand this more in detail let’s take an example. When companies create a new version of software they often carefully evaluate it to reduce the value of the previous version. This is usually achieved by making the software upwardly compatible. This means that the new version can read files of the old versions but it may not happen vice versa. So if you own the old version you may be able to communicate with others who use the old version only.

Though planned obsolescence has some disadvantages that are deeply understood and measured by electronic liquidators, few experts believe it to be good for a free an evolving society. Planned obsolescence encourages innovation leading to the introduction of ever-improving goods and services. It gives an opportunity to manufacturers to constantly work on improving the working of the existing technology by replacing it with better upgradations.

On the other side, the introduction of new technology in the market gives consumers an opportunity to enhance their workplace output with advanced features. This fact can also be not denied that it provides consumers a chance to try hands on a new technology – a change that may increase the productivity of workplace simultaneously bringing something new to use and learn.

The Dark Side Of Planned Obsolescence

We advocated the practice of planned obsolescence from the manufacturer’s side and the consumer’s side as well. But another harsh reality of this practice which often takes a backseat is actively advocated by electronic liquidators.

Planned obsolescence puts a negative pressure on the environment by giving an exponential rise to the electronic waste problem. The more we turn to use new electronic products the more old ones are disposed of. Approximately, 50 million tons of e-waste is generated globally each year which comprises roughly $55 billion worth of useful components and materials.

All these trashed devices end up in landfills which are often found in nearby areas that are in extreme poverty. As a result, poor men earn their daily bread by practicing rudimentary means of recycling that is not just fatal for their health but also for the environment.

If not recycled properly, a number of rare earth elements, flame retardants, and chemicals which are initially used to manufacture electronic products leach into the earth, polluting soil and water sources. Hence, we need to convince ourselves that planned obsolescence is more a bane for the environment rather than a benefit. 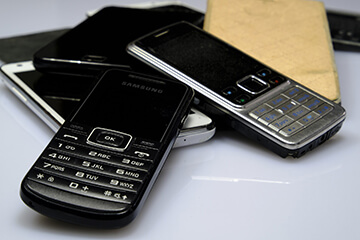 How Can Electronic Liquidators Like Veracity World Help You Strike A Balance?

Veracity World is a responsible electronic liquidator that strongly advocates green practices that extend the life of electronic products in one way or another. It is one of the leading electronic waste management company that effectively manages the process of recycling, repairing, and refurbishing, acting as the guardian of the environment.

Planned obsolescence is a practice that reveals environmental disadvantages more than its advantages. It is not possible to stand against this globally accepted strategy for consumer products. However, we can still strike a balance between its acceptance and our role towards the environment by resorting to green practices offered by electronic liquidators.

If you have electronics that need repair or completely dead electronics that require recycling electronic liquidators like Veracity World can get the job done in the most environmentally friendly and cost-effective way. The company assures for the best no-landfill policy that ensures your electronics are reused for a good purpose.

So now is planned obsolescence an obstacle or an opportunity for you? If you have received the answer you have made it!